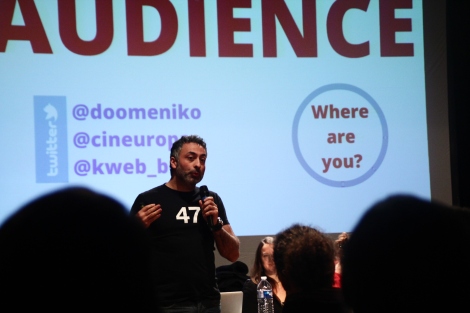 Transmedia appears to be one of those new fashionable words that emerge in nowadays’ culture, but hardly anybody knows what it means. You hear a word, associate it with something, but what is actually hiding behind it? At GENERATOR, Domenico La Porta had all the answers. Working for Cineuropa, Domenico has plenty of experience in traditional media and film, but also in the new emerging formats that media, and the people behind it, develop. Supported by a great power point presentation, Domenico passed on his knowledge and explained what transmedia is and what you need to be successful with it.

Transmedia is a device with which you can take the viewer experience to another level by involving them in the project. Consumers can not only consume the film, game, or story, but get involved in it, and even take it to the next level. A popular example would be fanfiction such as Pottermore. On this website, over 600.000 (and still counting) Harry Potter stories have been written, and the Potter world is thus being kept alive and many characters are being explored deeper. Unlike crossmedia, transmedia not only copies a story, but it evolves it, and turns it into different media, for example by turning a book into a video game, an app, or a film that adds to the storyline.

Talking to Domenico, one realises where his knowledge comes from and why this new format is so interesting to him, and many other people. His first experience with transmedia is a very early one. Video games are part of this, as they are a medium that has been incorporating several media for decades. Commando was just a video game to Domenico, but then he realised that it was actually also a film, and that it was in his power to change the storyline in the game and thus being part of the creative process. Another example of transmedia is the TV show Lost, whose producers developed, in between seasons, a video game as well. This was rewarding for several reasons. Not only did this add new themes and storylines to the show, but Domenico was proud to be part of it, and was able to know more about the show than the regular viewer. It became a shared experience rather than a one-sided one.

While projects do not necessarily have to be established to become big through transmedia, Domenico knows that one needs the right strategy to succeed. If you are starting from scratch, ‘aim at some realistic goals with the possibility to expand’, says Domenico. With proper funding, one can achieve a lot, but even so, you have to know your limits. Especially if a project is too broad, and there are too many components to it, it can be ruined by the sheer number of impulses. On the other hand, Domenico knows plenty of projects that surprised as they were very well done, and the money provided was used effectively. The game Angry Birds would be such an example. A simple idea that is carried out skillfully can expand into a multimillion business.

Transmedia is definitely a concept that is in transition, and that will change in the next years. People will use it more, and it will be funded more extensively. But, ‘a film will always be a film’, says Domenico, as nobody will reinvent an old concept. However, it will be taken to different levels, and the audience will be involved to a much greater extent. It is a consequence of audience behaviour as it is auto-regulating and the people decide what they want. Domenico incorporates games into his projects not because he likes playing games, but the audience tells him that they want to play games. With people’s personal values influencing projects, they can even become moral tales about ecology or other important issues.

Either way, Domenico knows that people’s behaviour is changing. His daughter, for instance used to love bedtime stories, but now she uses an iPad to be creative. This doesn’t mean that he will spend any less time with her, but that it shifts. Mentality progress brings about changes in focus, but it is important to work with this shift to create new things.

This project is funded by… 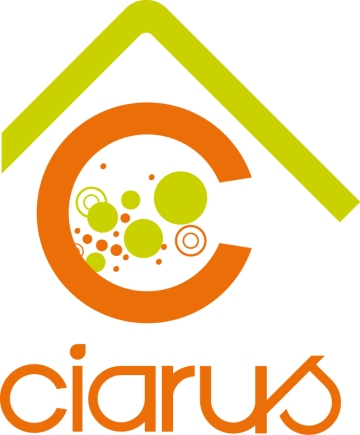